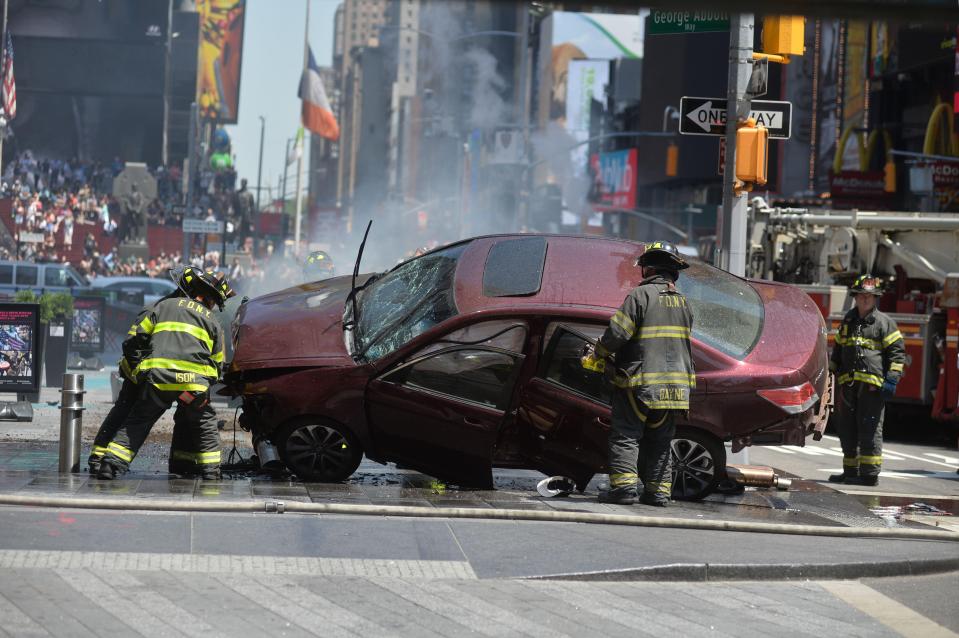 A vehicle has driven on to a crowded pavement in New York City’s Times Square, reportedly killing one person and injuring several others.

The driver is in custody and the area has been sealed off, according to the New York Police Department.

A Reuters witness said at least 10 people were being treated for injuries at the scene.

The vehicle reportedly jumped the kerb at 7th Avenue and 45th St near the city’s popular tourist spot.

‘Read my lips: no’: Putin denies Russian meddling in US presidential…

Turkey seeks peace in Libya, Syria as soon as possible