A three-judge federal appeals panel on Thursday unanimously refused to reinstate President Trump’s targeted travel ban, delivering the latest and most stinging judicial rebuke to his effort to make good on a campaign promise and tighten the standards for entry into the United States 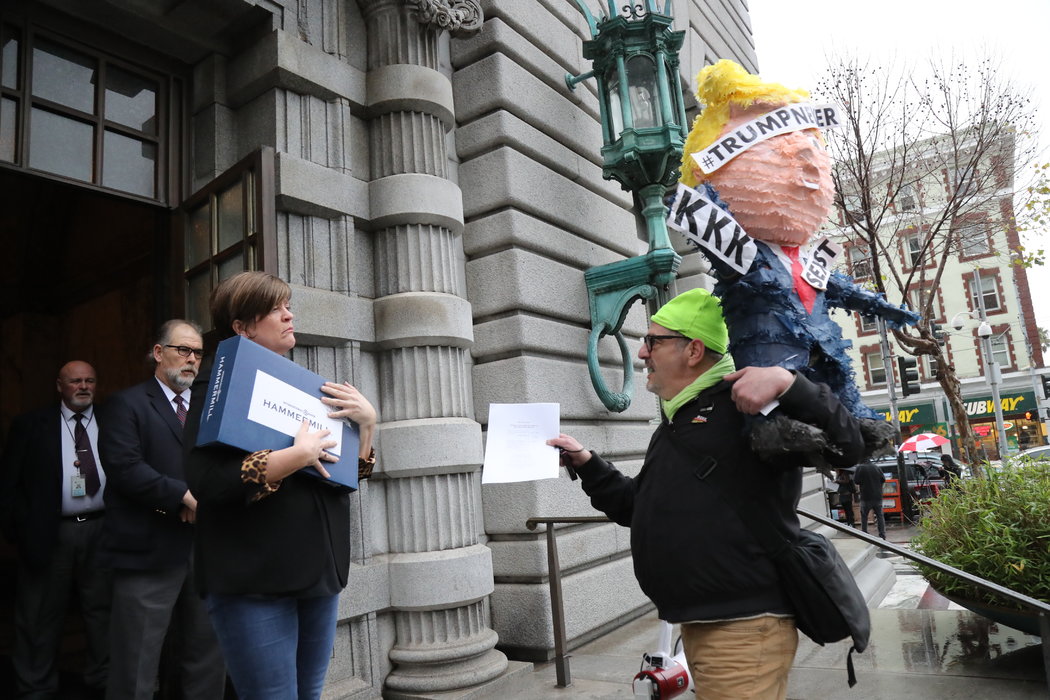 The ruling was the first from an appeals court on the travel ban, and it was focused on the narrow question of whether it should be blocked while courts consider its lawfulness. The decision is likely to be quickly appealed to the United States Supreme Court.

That court remains short-handed and could deadlock. A 4-to-4 tie in the Supreme Court would leave the appeals court’s ruling in place.

Trial judges around the country have blocked aspects of Mr. Trump’s executive order, which suspended travel from seven predominantly Muslin countries and limited the nation’s refugee program, but no other case has yet reached an appeals court.

The decision, from a three-judge panel of the United States Court of Appeals for the Ninth Circuit, in San Francisco, reviewed a ruling issued last Friday by Judge James L. Robart, a federal judge in Seattle. Judge Robart blocked the key parts of Mr. Trump’s executive order, allowing immigrants and travelers who had been barred entry to come into the United States.

“If the U.S. does not win this case as it so obviously should, we can never have the security and safety to which we are entitled,” he wrote. “Politics!”

In written submissions and at Tuesday’s argument, lawyers for the administration said the president’s national security judgments should not be second-guessed by the courts. They added that both the Constitution and a federal law gave the president broad power to decide who may enter the United States.