'Their deaths [were] an affront to humanity', Trump says of victims 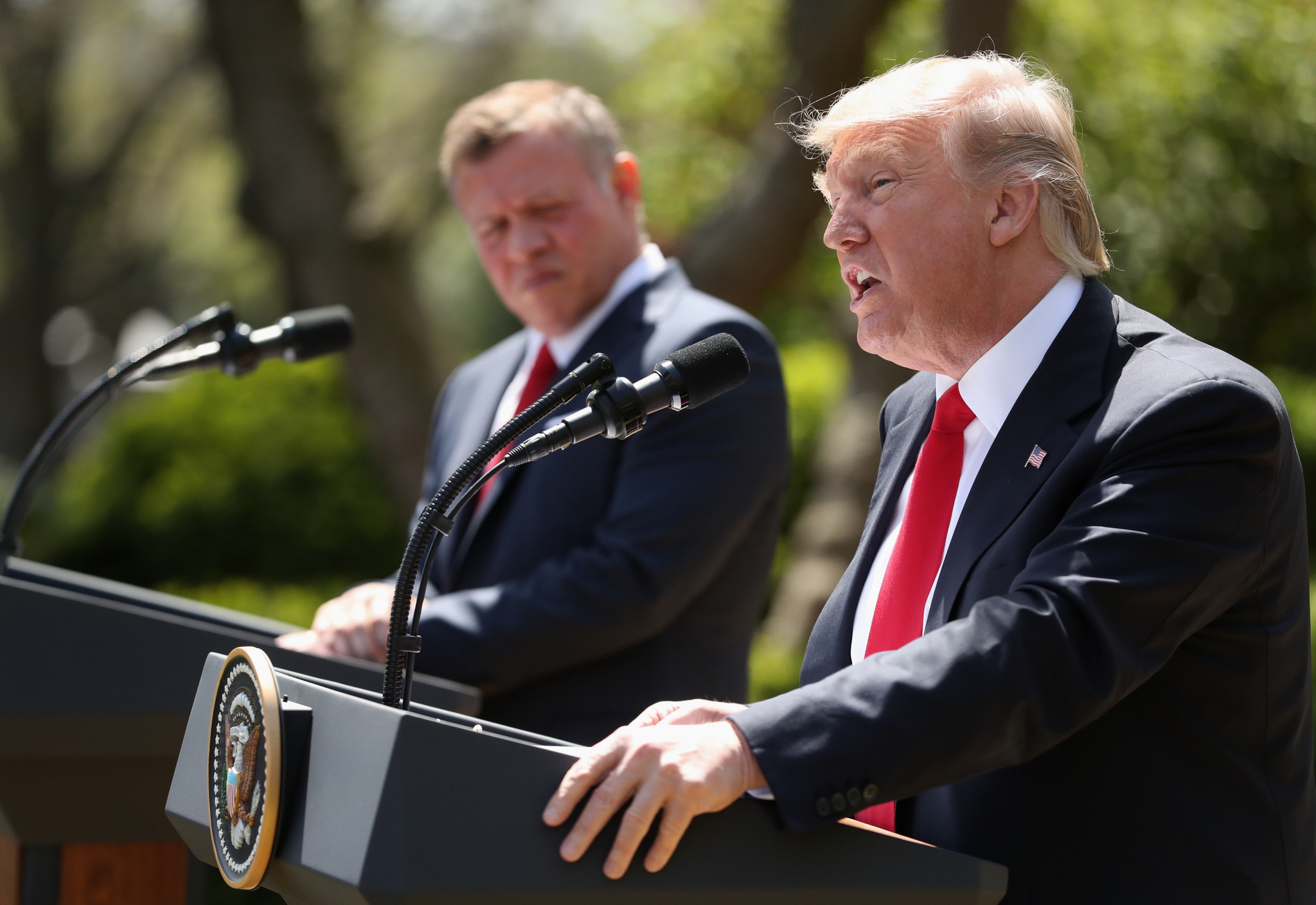 Syrian opposition health minister Firas Jundi said more than 100 victims died as a result of a strike Monday on the outskirts of Khan Sheikhoun.

“Their deaths [were] an affront to humanity,” Trump said during a joint press conference with Jordan’s King Abdullah. “These heinous actions by the Assad regime cannot be tolerated.”

The details surrounding the horrific incident are unclear, including which agent, if any, was deployed.

British ambassador Matthew Rycroft cast doubt on Moscow’s claim, and said the U.K. has "every indication this was a sustained attack using aircraft over a number of hours".

A UN-appointed fact-finding committee last year concluded that chemical weapons had been used by Syrian regime forces and opposition groups in 2014 and 2015.

Trump has long been a skeptic of ousting Assad, and has publicly derided the opposition. But he said the attack Monday has changed his views -- at least with respect to Assad.

"That was a horrible, horrible thing," he said. "My attitude toward Syria and Assad has changed very much."

He adamantly declined to specify what response he might take but his ambassador to the UN, Nikki Haley, signaled earlier Wednesday that the U.S. may take unilateral action if the Security Council fails to act.

"When the UN consistently fails in its duty to act collectively, there are times in the life of states when we are compelled to take our own action," Haley told a gathering of UN envoys at the Security Council.

During her speech, Haley rose from her chair to display images of chemical attacks victims.

"Yesterday morning, we awoke to pictures of children -- foaming at the mouth, suffering convulsions being carried in the arms of desperate parents," Haley said.

"We saw rows of lifeless bodies some still in diapers, some with visible scars of a chemical weapons attack. Look at those pictures. We cannot close our eyes to these pictures."

"When you kill innocent babies, babies, little babies, with a chemical gas that is so lethal, people were shocked to hear what gas it was, that crosses many, many lines -- beyond a red line, many, many lines," he said. No "gas", or chemical agent, has been publicly identified.

Trump faulted the attack on President Barack Obama's former administration, saying its previous warning about taking action against Syria if chemical weapons were used "was a blank threat".

"When he didn't cross that line after making the threat, I think that set us back a long ways, not only in Syria but in many other parts of the world," said Trump.

Obama failed to take military action against Assad after chemical attacks in late August 2013 that appeared to violate a previously stated "red line". Rather than take action, Obama sought authorization from Congress, which failed to grant him the necessary powers to strike Assad's forces.

Turkey’s success in health care could reshape its future